Release Event: Weekend with Her Bachelor by Jeannie Moon

WEEKEND WITH HER BACHELOR
by Jeannie Moon
Two old friends, a bachelor auction and a wedding in the mountains of Montana equals what turns out to be a romantic weekend and possibly the beginning of so much more. 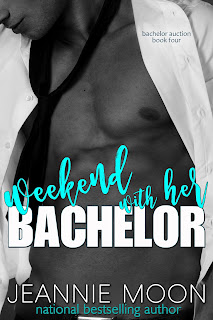 Synopsis:
Bachelor Gavin Clark is determined to help Marietta reach its fundraising goal for the town's hospital charity. So the handsome emergency physician is up for almost anything on his date with the lucky winning bidder.
Little did he know his former high school crush, Ally Beaumont, just so happened to be that lucky winner. Their date whisks them off to her friend's destination wedding at a romantic, luxury ranch resort in the western Montana mountains and close quarters, a shared history, and a magical location push the two old friends into each other's arms...
Is Gavin and Ally's story just beginning, or will their romance end with the weekend? 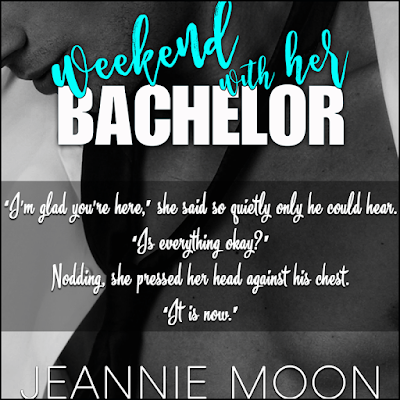 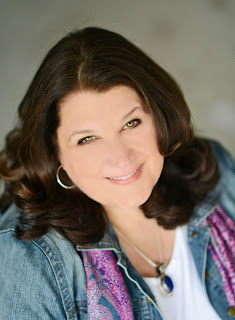 Jeannie Moon has always been a romantic. When she's not spinning tales of her own, Jeannie works as a school librarian, thankful she has a job that allows her to immerse herself in books. Married to her high school sweetheart, Jeannie has three kids, three lovable dogs, and resides on Long Island, NY. If she's more than ten miles away from salt water for any longer than a week, she gets twitchy.
Connect with Jeannie at: Website | Facebook | Twitter | Instagram | GoodReads| Amazon 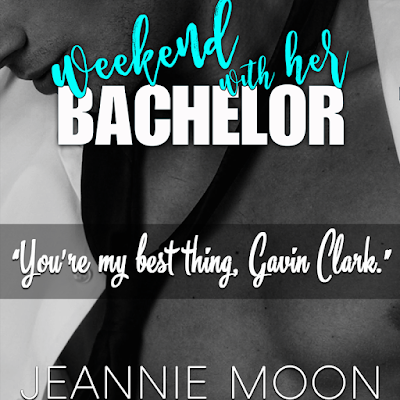 Clad in an expensive dark gray suit with a lighter gray shirt open at the collar, Gavin tugged at his cuffs before flashing a devastating grin. Confident and sexy, without the cocky edge, there was a collective gasp as every ovary in the place exploded.
Ally’s sure did. Every emotion, every desire attached to Gavin flashed and burned. She ached watching him walk to the front of the stage, stopping and motioning for the crowd to bring it when it was time for the bidding.
“Gavin is an emergency physician in Bozeman, but he grew up right here on his parents’ ranch. An expert horseman, he was the tight end…”
Squeals of delight came up from the crowd. “I’LL BET HE HAS A TIGHT END!” someone shouted.
Coach waved his hand. “Keep it clean, ladies. He’s up for pretty much anything on his date with the winning bidder as long as it’s legal. So that leaves lots of possibilities. I’d like to start the bidding at five hundred dollars.”
Mandy’s hand shot up before Coach could take a breath. “Thank you for starting us off, Mandy.”
Gavin looked stricken at the bid.
“Six do I hear… there we have six hundred? Seven hundred? Eight hundred.” The bids were creeping up, but no one had blown away the field like with the other bachelors.
“Twenty-five hundred dollars!” came a voice from the end of the bar.
Craning her neck, Ally wasn’t really surprised when she got a look at the bidder. There was Jenny, her finger sliding up and down the stem of a wine glass. Cool, casual, arrogant, as always, Gavin’s eyes went wide, and for the first time since he came on stage, he looked in Ally’s direction. Did he want her to bid?
Winning Gavin in the auction had been her plan, that hadn’t changed. But there was no denying she would get some perverse pleasure out of winning a bidding war with the woman who’d messed up their relationship. Time for her to jump in. The town was always looking for something to talk about.
“Five thousand.” Ally raised her hand slowly, and Gavin’s expression stilled.
“Well, thank you, young lady. We have a bid of five thousand dollars. Do I hear five thousand-five hundred?”
“Ten thousand,” came Jenny’s response.
Ooohs and ahhs rose from the crowd. 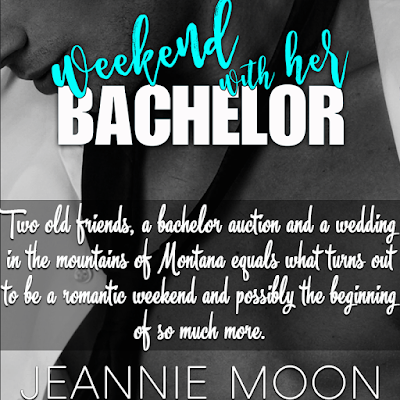